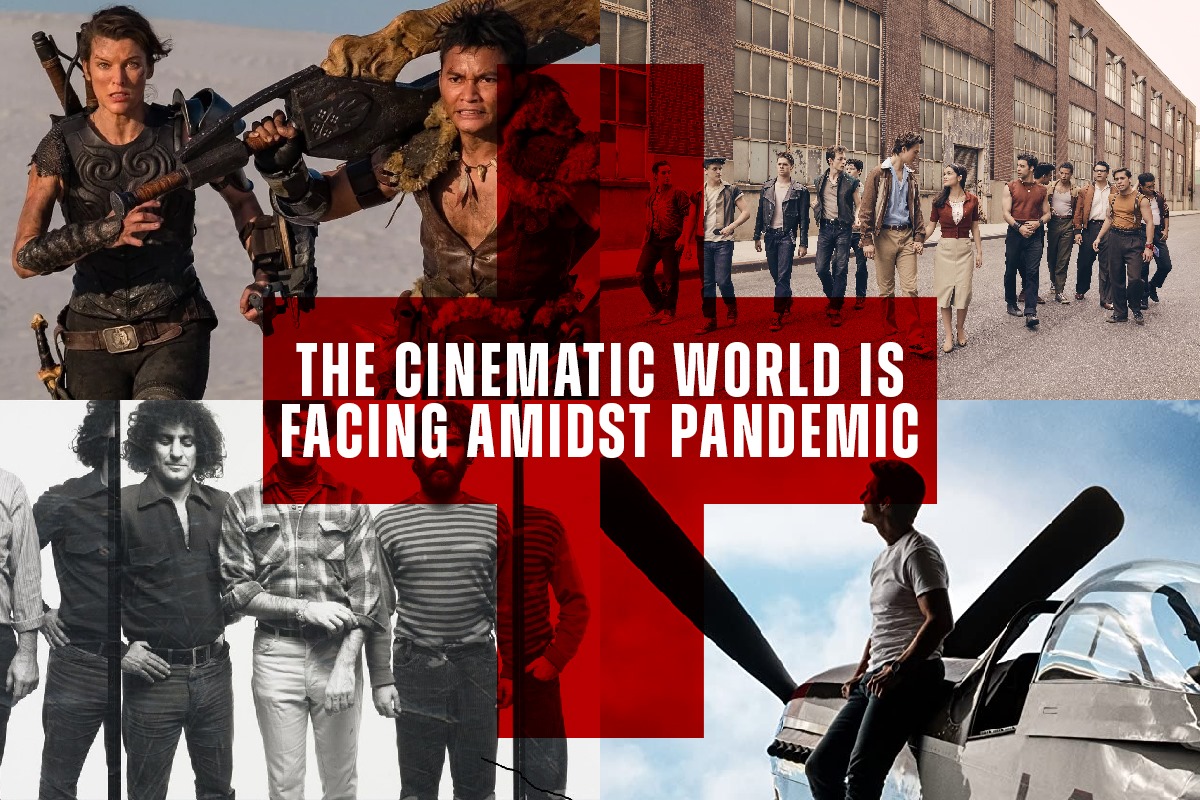 The wheels of every industry have been stopped keeping in view the prevailing pandemic. It has halted all the operations all over the globe. Flight operations have been halted. IT operations have been halted. Industrial operations have been halted. The cinematic world is facing more of the same consequences in the wake of the pandemic. The cinematic world has been very dominant all across the globe. It has acted as a mirror for the audience. Because the cinematic world has been reflecting all the major events in the history its way. But with the arrival of the prevailing pandemic, things have changed verily. The cinematic world is facing all the consequences as any other industry in the world is facing. As far as the precautionary measures are concerned, there is zero-tolerance to compromise over the protective measures. Every sphere of life has been acting upon the instructions issued by the World Health Organization. These instructions are way more effective. Social distancing is the most heed worthy one. Because the Virus prevails from Human-to-Human interaction. The more human interaction is mitigated, the more the impacts of the virus can be contained. Cinematic World is all about social interactions and gatherings. Though, many celebs from the cinematic world are facing the consequences of this virus in the form of positive results. Tom Hanks and her wide several Game of Thrones characters are facing this imminent threat. The only solution is to go quarantine in order to save oneself and to save others from the impact.

Emptied Cinemas All Across the Globe

The source of exposure for the world from the cinematic world in cinemas. These are the cinemas that are common platforms for the audience as well as for cinematic franchises. Other recognition of cinemas is a place where people all over the city can interact with each other. It is the place where people can socialize with each other. Socialization means gathering. If the cinemas let this social gathering happen at their disposal, the entire notion of social distancing would be compromised. It has a huge deterrence ratio for the audience. Such a level of deterrence cannot be ignored. That’s the reason, cinemas are facing the same level of closure as other industries are facing. Opera houses are closed all over the globe. Cinemas as closed all over the globe. Movie making cites are closed in this regard as well. All the dimension in the cinematic world is facing that much closure. It is the need of the hour for the audience as well as for humanity.

New arrivals were set to make into the cinematic world on their declared dates. That could happen to them. Because of the cinemas as facing a closure all over the globe. That’s not possible for the franchises to launch their arrivals. Because if seen from a business perspective, it isn’t going to end up well. that’s the reason all the new arrivals are facing a halt. People wouldn’t be able to see James Bond in action in his OnGuard Safety Glasses. The audience wouldn’t be able to experience the magnificence of Maverick Top Gun as well. A lot of other renowned franchises have halted their arrivals because of the prevailing situation of a pandemic. The most effective approach in this regard to go with the precautions that are necessary for the containment. It’s good for the cinematic world. It’s better for the audience.

Business Perspective Is the Key.

The prevailing situation is not at all good for the cinematic word. Because the franchises are facing an eminent threat on their investments in the most prestigious series of the industry. It’s something they cannot recover from. Because they are on the verge to face the great losses of the latest arrivals do not make it to the cinemas. That’s the reason for putting a halt on the arrivals is the only solution in this regard. It’s not about Online RX Eyeglasses that people can buy with a single click. It’s a whole different scenario that the cinematic world is facing at the moment. It would take time for the world to recover from the hazards of the industry. It would take time for the world to see themselves drowning in the amazement of the cinematic world, once again.