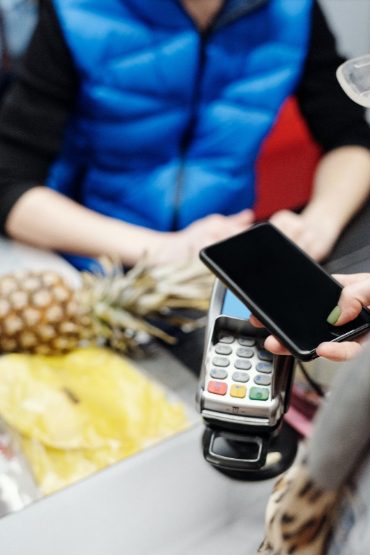 The mode of payment for goods and services has followed the same trend with the history and evolution of money. Since money is the mode of payment, the type of money paid for work done or for goods bought will now depend on the stage of evolution of money at the time. Before now, the barter system used to be the best and most preferred mode of payment. But as evolution would have it, we now have the traditional fiat (paper money) where you do not need to move with many metallic objects (coins) or engage in the services of carriers or transporters. Also, during the barter system, you might be needing to wait extra hours, days or months before getting an exchange partner. With paper money, you can exchange goods and services for fiat easily. This could be done electronically, via transfers, and can be stored in banks for further uses.

So, now in the 21st century, various payment methods could be picked as an option in payment for goods and services. Some of them include payment with your debit card, credit card, mobile transfers or through cryptocurrency. Thanks to technology, we now have digital currencies, popularly known as cryptocurrency. These currencies cannot be seen, but their values can be quantified and are the next stage in the evolution of money. Although the traditional fiat remains the most widely used mode of payment, cryptocurrency aims at becoming generally accepted in the next couple of years.

Advantages of using crypto as a mode of payment

One of the reasons there are evolutions everywhere, especially in the financial sector, is that the former are now obsolete. Technological advancement is also a very important player in evolutions. Hence, we now have cryptocurrencies after the traditional fiat. Here are some of the advantages of setting cryptocurrency as a mode of payment instead of traditional fiat.

One of the main problems of traditional fiat is because it’s centralized. Centralization means it’s controlled by a small group of individuals that serves as the central regulatory bodies. So, because we are humans, it’s possible for biases and greed to set in, leading to unfavorable policies, especially for the masses. While these started showing forth, the need for a means of payment or the type of money that could serve as the opposite of centralization arose, hence the birth of cryptocurrency. The first-ever decentralized crypto was Bitcoin, a token that aimed to be the next form of money. It aimed to replace the traditional fiat as the next generation/evolution of money. With Bitcoin, money became decentralized, and anybody could have it in their possession without a central authority (banks and financial institutions).

At the moment of this writing, the traditional fiat remains the generally accepted model of payment. Still, cryptocurrencies in the later years are expected to outperform fiat as technological advancement continues to get better daily. The mode of payment follows the type of money spent at the present moment, and currently, it’s the traditional fiat. Advancement isn’t constant, hence, cryptocurrency being the new evolution is pretty feasible.