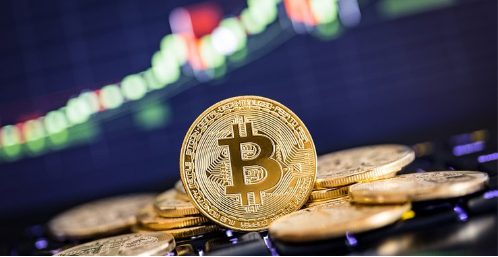 Bitcoin bulls managed to remain active above the levels of $6000 and $6,700 against the US Dollar in the last three sessions. The price of BTC tried to surge above the $6,950 and $7000 resistance level but could not succeed. It is worth noting that this week’s vital bearish trend line continues to remain active with resistance close to $7,040 at the hourly chart of BTC/USD pair. And, currently, BTC is trying to adjust higher and traded above $6,8000 against the US Dollar. The bulls displayed adequate resilience of over $6,600.

What is Bitcoin Halving?

The Bitcoin network generates new BTC every 10 minutes. For the initial four years period of Bitcoin’s presence, the number of new Bitcoins produced in every 10 minutes was 50. The number is slashed in half every four years. And, the specific day when the amount gets halved, it is known as halving.

Things That Will Be Affected After Halving

When it comes to identifying the impact of halving events, the first point of consideration will be the mining stability of the system. Miners play a vital role in the ecosystem of Bitcoin. Apart from mining new blocks and supporting transactions, miners also hold responsibility for the entire network’s maintenance. And, this is where the role of the hash rate comes into the picture.

Hashrate is used for explaining the computational capacity of a network. The higher the hash rate, the more will be the speed and security of the network and vice-versa. In case miners decide to abandon the network, the following situation will occur:

The network is likely to get jammed because the transaction cannot be processed as there will be no one for mining any block. A robust mining cartel can use its high-quality hash rate to take over Bitcoin’s network through a 51 percent attack.

Does the halving event lead to a surge in the price of Bitcoin? We can seek the answer from the previous halving event. When the 2012 halving event occurred, the price of BTC/USD spiked from $11 to $12 prior to shooting to $1,038 in just one year’s time span. Precisely, it turned out to be a whopping 9,336.36 percent surge in price. Subsequently, 210,000 blocks later, in the year 2016 in July, Bitcoin witnessed yet another rise in price. From the duration of June 9 to July 9, 2016, BTC/USD shot up from $576 to $650. It occurred because buyers begin to amass Bitcoin in the hope of halving. The price soon gained momentum and rose to $2,526 just a year later on July 9, 2017. It was estimated to be a 288.60 percent rise in valuation. Therefore, Bitcoin did register a rise in price after the 2016 halving event, but it was not as huge as the 2012 halving.

How Does Halving Influence the Price of Bitcoin?

The existing condition of Bitcoin is way too different from 2012 and 2016. You must comprehend a few issues to find out why the halving event may not affect BTC’s price that much. Miners are likely to sell-off their blocks instead of holding them when the BTC market goes high.

Now BTC also has futures trading. As future traders may not need actual Bitcoin to trade, it will make the capacity of Bitcoin mined less significant.

The amount of mined BTC capacity is little when compared with the entire amount traded. Earlier in 2012 and 2016, the ratio was not that tilted. So if the block reward comes down from 12.5 to 6.25, there won’t be much difference.

The upcoming Bitcoin halving is expected to take place on May 20 and likely to change the value of Bitcoin forever. This year the major changes in the crypto ecosystem will be increased public awareness around BTC and higher interest of institutional investors. In case financial institutions begin taking stronger positions, it may impact Bitcoin like never before. You can make an investment in Bitcoin through one of the Best Bitcoin Robots before the Bitcoin halving event to make more profit from Bitcoin. Bitcoin Trader is one of the Best Bitcoin Robots which can make you earn massive profit from Bitcoin. Check Bitcoin Trader Review for further more details and information on this innovative trading platform.