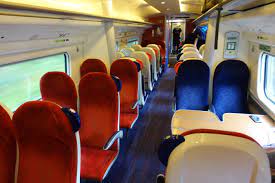 Rails make up the backbone of the UK’s public transport infrastructure, snaking up and down the country, across mountains and along the shore. Travelling by train is one of the most beautiful ways to see the country while on the move, and a great option when it comes to holiday trips and commutes alike. What follows are a series of tips for planning and embarking on a train trip of your own in the UK.

There are around 2563 train stations in the UK, connected by thousands of miles of track and interconnected by major city interchanges from London to Glasgow. Amongst those are a slew of popular routes, which can take you between major city destinations in a heartbeat. While navigating travel can be a somewhat daunting process, especially if multiple changes are necessary, many train lines make it easy for you to understand your journey with proprietary rail planners and interactive schedules.

When planning a journey, whether as part of a commute or part of a holiday, it’s important to account for busy and quiet times for rail travel; off-peak times are cheaper, and also easier by virtue of less people at the station and on the train, while peak times could cause delays to your arrival at the platform as well as delays to the train itself. Either way, make sure you are at the station ahead of time to save yourself a headache!

With near-universal adoption of smartphones across the UK some time ago, it’s no surprise that rail travel has joined the 21st century when it comes to buying tickets. Major rail services have their own apps, through which you can buy tickets digitally for collection at the station, or for verification via QR by the conductor on the train. While manned kiosks and helpdesks are still available at stations and interchanges across the country, many have been replaced by easy-to-use touchscreen portals where you can buy or retrieve tickets. The process makes travel much smoother, especially with new ticket gates at major stations that can read both QR codes and scan paper tickets.

Travelling for LessTravelling by rail couldn’t be simpler – but if you know where to look, it can be cheaper. Off-peak tickets cost less than peak-time tickets, representing an easy up-front way to make a saving if you are in control of your own schedule. Railcards are another fantastic way to bring costs down, with a number of different cards existing to provide a discount based on age or affiliation with the NHS. There are also ticket incentives that could save you money over time, from season tickets to group-save deals that give a discount on group travel. Shop around and find the deal that works for you before you buy a ticket!