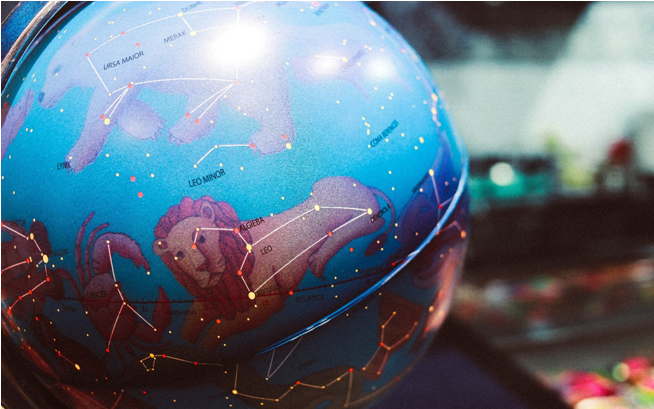 Esotericism is still in vogue and with it astrology too. A horoscope, which might reveal something about your future, can be exciting. Because especially in difficult times we look for clues that give hope for better times.The personal horoscope seems to be the method of choice here. But to what extent can such a horoscope be interpreted and where are the limits of the future?

The daily newspaper’s horoscope, which gives information about how the day is going for you today, is a real global statement. Because it only affects your zodiac sign and is not individual. It only becomes a horoscope if you also include the time of birth as a factor in addition to your date of birth.Ideally, such a personal horoscope is made by an astrologer. With this data you have an astrological ID card. You can have a horoscope made for the past, the future, your karma, your personality and many other areas of life. Partner horoscopes are also possible. The data of both partners are required and the energetic differences or harmonies are determined.

A personal horoscope for the future can be created for any period. It is irrelevant whether the desired period is many years in the future or just a few months.If you are still skeptical, you can dare to experiment by looking at a horoscope that relates to your own past. By analyzing the past aspects, one can determine whether they have occurred or not.If you look into the past, do you actually find any correspondence with real events? Then one should now put more trust in a future horoscope.

Do all of the events that the horoscope predicts occur?

Even those who fully trust astrology and their personal horoscope know that there is no one hundred percent prediction. Because the variables in our life are too unpredictable for that. Human free will can also circumvent the influences of the planets.Some aspects in a personal horoscope even have a contrary effect, so that the layman does not understand which ones come into play. That is also what is special about astrology. Because not everything that works has to ultimately lead to an event.

How are the future forecasts made?

The planets and their constellations in the sky at a corresponding point in time are responsible for the so-called aspects. The full moon nights, which cause sleepless nights for many peace seekers, can be described as classic. If you sleep poorly on full moon days, you are subject to such an aspect. But there are more planets in the sky that can also develop energetic effects.

Sometimes these forces are of a friendly nature and come towards you and your life. But these planetary constellations can also have a destructive effect, which humans could perceive as a painful phase. But between the attributes of friendly and destructive there are many other states that we can feel.These energies of the planets are present and work. But not every effect unfolds completely.

That also depends on how much you let yourself be influenced by these forces or oppose them. The question arises whether it makes sense to stand up against the forces.Because with an effective aspect we feel an inner pressure that wants to be diverted. If we struggle against it, the inner pressure that can be felt may only increase. But when we give in to it, we feel release. Not everyone can avoid these influences, but only delay the effect. The inner urge that is present builds up until the action is taken.

How can I tell if a life changing aspect is working?

Most of the great life-changing forces and aspects can be perceived in advance if they are not ignored. It is rarely a matter of spontaneous course corrections.

The following points tell you whether a new phase of life is on the way.

• The inner pressure to bring about a change is increasing

• The own prerequisites for change are softened

• Some important parameters in your life disappear

The astrologer can tell you in which area of ​​life the change may take effect. For those seeking advice, these forecasts are usually no longer a surprise, but have already been expected. Because in the subconscious, this information is no longer news.

Which areas of life are affected by a horoscope?

If you have a personal horoscope, you can ask about almost any topic that plays a role in your life. The following aspects are considered classics:

• Change of place of residence

• Separation in partnership or new relationship

• Addition or loss of family

How do I concern with the information from a future horoscope?

Everything that is in your personal horoscope are only possibilities, but not a fixed statement. Therefore it is important for you and your life that the rational mind is not hidden in the decision making process. Make sure that you don’t give up responsibility for your life and your decisions. This can easily happen if you rely solely on the forecasts of the horoscope.

In addition, you should make sure that not all forces acting on you like a hammer blow. Some aspects that are effective reveal themselves in a rather subtle way, so that you hardly notice them at all. Others, on the other hand, come into your life with a concentrated force or do not work at all. So do not get into these horoscope interpretations, because otherwise you could be disappointed if something doesn’t happen.