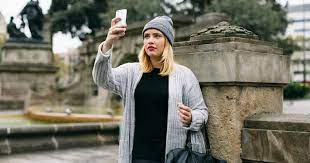 The Internet has given us an entirely new vocabulary. You may even have heard of ghosting, meaning that someone has stopped communicating with you abruptly. This can be a romantic connection, unfinished business, or even a friend that stops responding to your messages.

In this article, we’ll deep dive into why people ghost you and how to respond if someone you know suddenly stops communication for no reason.

Ghosting Meaning: What is Ghosting Someone and What Does It Mean?

What is ghosting? And what does it mean to ghost someone? We often hear about being ghosted meaning that someone has vanished like a ghost from your life, usually online. It’s rude and hurtful. Breakups are always hard, but silence is not an excellent way to get closure.

There are several reasons why people might ghost you. It’s usually not about you! The other person doing the ghosting isn’t comfortable with confrontation and honesty…and they might not be suitable for you.

Note that none of these reasons have anything to do with you not being good or exciting enough for them. They may care very deeply about you, but they are incapable of communicating maturely about it due to their issues.

How To Respond After Being Ghosted

The chances are that confronting the other person isn’t going to be at all beneficial for either party. The other person will probably not apologize and own up to what they did – they don’t have the emotional maturity for it. However, if the person has only been out of touch for a few days or might have valid reasons for not responding (e.g., relocation, a sensitive job situation), you should try to reach out and clear up the problem. Don’t take an accusatory or apologetic tone – just get a simple response and closure.

You might be tempted to lambast them with texts and tweets – but don’t! Allow yourself one short text to close the book on the relationship.

Sometimes the best thing to do is nothing at all! You can take a little time out for self-care and reflection, delete and block them everywhere and move on. Don’t be roped into a confrontation if you feel you’ll run into them again. Just ignore them.

Of course, if you are worried that something nefarious might be behind the ghosting, you can use a people search finder to uncover the truth. Maybe the other person was married, moved away, or in a worst-case scenario, passed away. You can find the information online. However, if nothing is amiss, avoid making contact or tracking them down. It’s simply not worth it.

We’ve delved into the causes and the ghosting meaning in detail, and it’s not pleasant. However, don’t be held hostage by a ghoster. Just accept that it’s all about them and not about you and move on. Don’t fall into the trap of bombarding them with texts and calls…just close the door on that chapter!