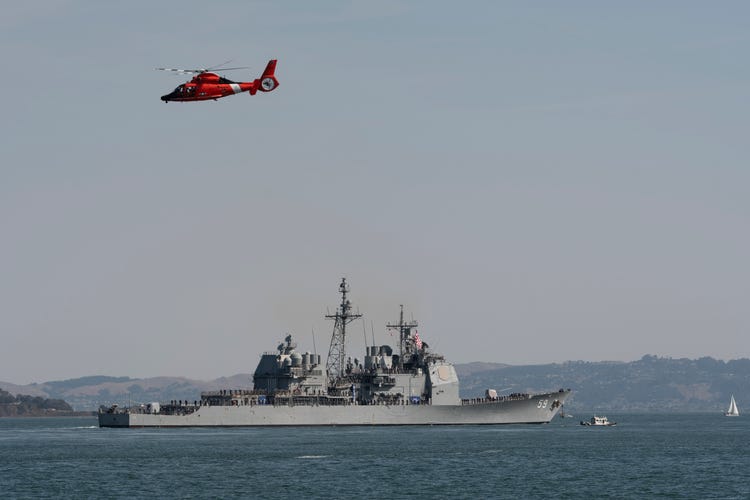 I’m sure at some point in our lives we’ve all considered the possibility that we are not the only ones out there in the universe. It makes sense, the universe is supposed to be infinite so there’s an infinite possibility that there are other life forms out there, right? Well, it’s not really that simple. When we consider that vast nature of the universe things tend to get complicated, especially when we discuss the idea that we might have been visited by intelligent beings.

On April 27 of this year the United States Department of Defense made a statement regarding the immediate release of several videos taken by the U.S Navy. The statement by the Department of Defense was in an effort to “clear up any misconceptions by the public on whether or not the footage that has been circulating was real”, regarding footage of an “aerial phenomenon” in three videos, one from November 2004 and two from January 2015. These videos of unidentified foreign objects are available for public viewing on the Navy’s official website.

According to the statement, the videos have been leaked in 2007 and in 2017 causing people to postulate if there was more to the videos and other misconceptions. At the time, the Navy did announce that the videos were indeed taken by the Navy, yet the proliferation of misconceptions made it necessary for the DOD to release the full videos. To stay informed and linked to all the primary sources Newtrals will continue reporting as the story develops.

While anyone is free to decide what they believe (and they certainly will), it is strange that the subject of the videos is still unconfirmed. It is surprising that there is not a suggested narrative or possible subject. The videos are, by definition, UFO sightings (“aerial phenomena”). While the connotation of UFO is alien, that certainly isn’t always the most probably occurrence. In the past there have been countless convincing videos or pictures that were later proven to be strange occurrences of uncommon clouds or tricks of the light (and sometimes birds). However, these occurrences are completely unaccounted for as of their release yesterday.

So, What About Aliens?

The most compelling understanding of the lack of extraterrestrials we see here on earth comes from great physicists such as Neil DeGrasse Tyson or Brian Greene. Listening to their appearances on podcasts or reading their books brings insight into various topics for understanding things as they are.

One of these topics happens to be life foreign to Earth. For at least three, if not more, decades we have been actively scanning for any form of communication traveling through space. Not so much as a blip on our receivers. There are several limiting factors for a species to contact another species through space. First and foremost is the sheer size of space. The logistics of traveling to a distant planet in a ship traveling slower than the speed of light (theoretically the ultimate speed for a large object) would take thousands or millions of years. It takes many years just to reach planets that are in our own planetary neighborhood (the solar system). Second, because of the speed of light the distance between planets also represents the amount of lag time between current day and how the other plant would view us through telescopes. The very closest star with planets is over 4 light years away meaning they would view whatever was occurring four years ago. A planet a great distance from us might only be able to see dinosaurs roaming around or even a primordial earth without life. All accounted for, it’s extremely unlikely that we have been or could be visited by life that is sub-, equal, or even slightly more intelligent than our current evolution.

Those facts bring feelings of isolation, but they also bring a little comfort as to who our universal neighbors might be if they exist. This next idea isn’t so comforting. You might be wondering, “so what if they did answer the space travel issue and what if they do have instrumentation that can detect life on distant planets regardless of how light travels, why wouldn’t they come see us?” Well, you might have just answered your own question. If a species was intelligent enough to solve those issues which, by our understanding of physics are impossible, they might just be too smart to bother with a lesser civilization. Neil DeGrasse Tyson has described this idea on several occasions and deserves some credit for the thought experiment.

Despite the available resources and knowledge that might explain the content of the videos released there will certainly be some humans convinced that we have aliens amongst us. Hopefully, these videos serve as a learning experience and a source of bewilderment or joy trying to guess what the videos contain yourself. Everyone should watch and enjoy this sense of wonder. When will this ever happen again?