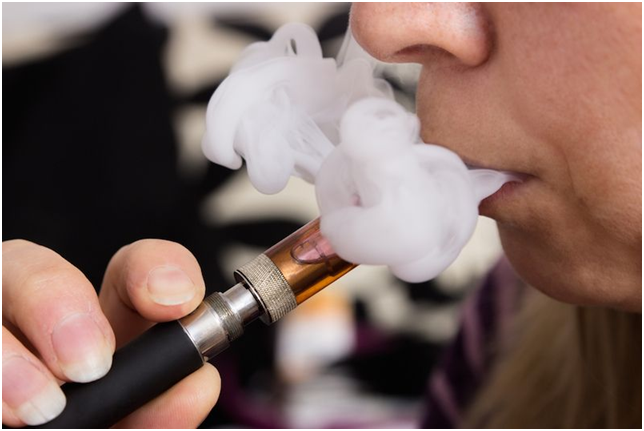 Vaping has really taken off in Australia recently. Many people are making the switch from smoking cigarettes to vaping for its potential health benefits and for its enjoyable taste.

However, not everyone is used to the concept of fine, milky vapour permeating the air, and many still liken it to cigarette smoke. Given that this is the case, there are a few unspoken rules in place as to how to vape in public.

So, grab your Arizer Solo Vaporizer, take it where you please, but be sure to follow these simple laws of vaping etiquette so that you don’t find yourself in an unpleasant situation on the street.

This isn’t covered by Australian law, but it’s just something out of common courtesy for other patrons. Unless, of course, you are in a bar or club where every second person there is puffing away at their vape, then of course, absolutely go for it my friend!

But, if you find yourself at your gran’s favourite local cafe, and you really want a quick puff on your vape before getting stuck into an eggs bennie, perhaps it’s a good idea to step outside before hitting that vape.

2. Ask to vape at your mate’s place

Because, you know, lots of people still aren’t used to the whole vape thing, and they might not want to have one thick plume of vapour clouding up the joint. We know you probably wouldn’t just do it anyway, but just in case, it’s always best to ask your mate before you vape in their house.

Everybody hates waiting in lines, but this doesn’t mean you have to vape up people’s faces as they hate waiting in line, too. If you find yourself in a really crowded space and you need to hit the vape, just be sure to excuse yourself like you would if you were in your nan’s fav caf.

4. Try not to vape around babies

Although many studies point towards vaping being a better option than smoking cigarettes, babies still don’t need that kind of smoke getting into their systems. You wouldn’t smoke a cigarette right next to a newborn, so why would you vape right next to them?

At the end of the day, babies are fragile little things that should probably be shielded away from the whole fume situation – excuse yourself before you vape in front of the bub.

5. Don’t leave the vape around kids

Kids are just so impressionable, and if they see their elders doing something that looks fun then they are going to be partial to doing it themselves. So, if you find yourself in a situation when you need to duck out for a few minutes, and you don’t necessarily need your vape on you, at least put it somewhere where the little ones won’t find it, use it or even possibly (most likely) break it.

You may be surprised to know this, but many, many countries around the world still have anti-vaping laws. Penalties vary from state to state, but either way, you don’t want to find yourself in an awkward situation with the law because you were doing something you simply didn’t know you couldn’t do in their country.Check the vaping laws of any overseas destinations you will be visiting to avoid any hefty fines and having your vape confiscated.