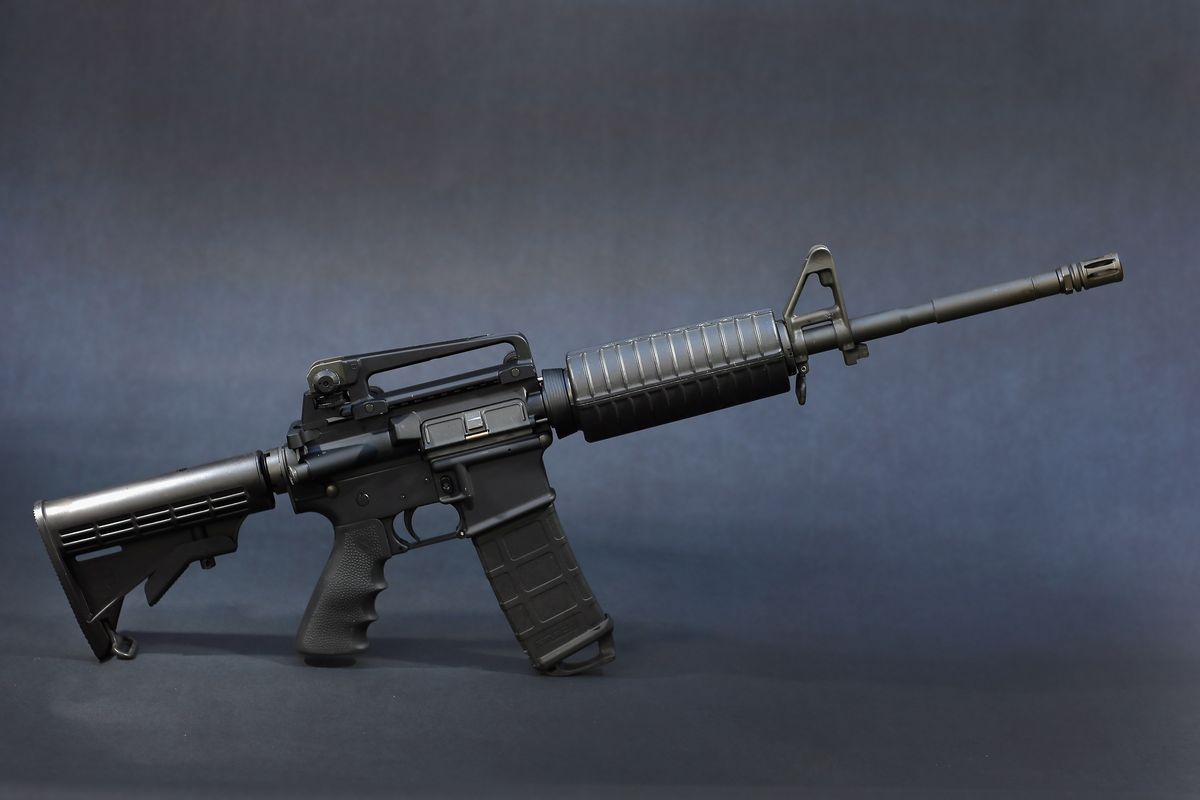 The United States has more guns per capita than any other nation in the world. And one of the most popular weapons in the country is the AR-15.

The AR-15 style rifle is a semi-automatic rifle that’s designed to be lightweight, based on the original ArmaLite AR-15 design, which in turn was developed from Eugene Stoner’s AR-10. Now referred to as a modern sporting rifle, the AR-15 rose to prominence in the 2010s, and has sometimes been lovingly referred to as “America’s rifle.”

But what is it that makes this firearm so popular?

Because of this, semi-automatic firing is ideal for many firearm enthusiasts—and the AR-15 offers it. With an AR-15, you can fire quickly, safely, and conveniently compared to other weapons.

The ArmaLite AR-15 was originally designed in 1956, meaning the generic AR-15 style design has had more than 60 years of life. This is a design that has been useful for a variety of firearm owners for decades, and there’s a reason why it’s still in use. It’s elegant, functional, and can be used for a diversity of different applications. Some people love it simply because it’s been around for so long; in some ways, it’s like owning a piece of history.

Ease of Repair and Maintenance

Many amateurs look to the AR-15 because of how easy it is to repair and maintain. Even inexperienced gun owners can often handle their own maintenance. This not only ensures your weapon remains accurate and safe—but it also makes you feel more confident and more connected with your firearm.

Sales numbers for the AR-15 are high in part because of the widespread appeal. This isn’t a weapon that’s only interesting to a niche audience—it’s used by a wide variety of different people.

Part of this is because the AR-15 is useful for many different purposes, such as:

Self-defense. The AR-15 is a powerful and easy-to-use weapon that can stop most threats with ease.

Hunting. This rifle is also useful for hunting certain types of animals.

Survivalism. AR-15 rifles are also popular within the survivalism community, due in part to the weapon’s versatility. Since survivalism has grown in popularity, the AR-15 is benefitting even more from this niche.

No matter what type of hobby you’re into or what your reason for buying a firearm is, an AR-15 is a reasonable option.

Usefulness in Training and Military Applications

The AR-15 is the default rifle in the military, as well as in law enforcement. Other rifles are sometimes used, but the AR-15 is the standard. This introduces many new people to the benefits of the AR-15 and proves just how useful it is.

Additionally, the AR-15 rifle is a great “training weapon.” It’s relatively straightforward to learn and master, and it can be handled safely even by people unfamiliar with other firearms. It’s a great place to start if you’re teaching someone new.

It’s also worth noting that the popularity of the AR-15 seems to be snowballing. More people started buying this rifle, meaning more rifles were in circulation; they became more commonly seen and used in firing ranges, and soon, almost everyone knew a friend of a friend who had one. This initial surge in popularity helped to raise awareness of the AR-15 and show off its many capabilities. From there, many people jumped on the trend, generating further momentum for AR-15 sales.

Thanks to these features and others, the AR-15 remains the most popular rifle in the country—and one of the most popular firearms in the world. If you’ve never held one, consider practicing at a firing range. Once you try it for yourself, you’ll see why this rifle rose to prominence.