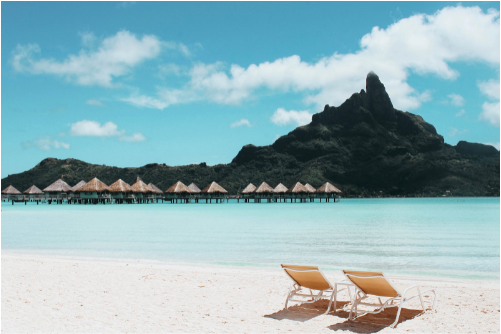 Footballers spend much of the year putting in the hard yards. There are concerns over the number of games footballers play throughout the season and if this directly impacts the number of long-term injuries. Matthijs De Ligt of Ajax played a whopping 65 matches in the 2018-2019 season, and in the following season, he experienced several injuries.

It is only natural then that players will put their feet up once the final whistle blows on the last day of the season. Most players will be jetting off to a sun-drenched island to spend time with family and let their body recover. But, what else do players do after the season ends?

You might be surprised to hear that players are not just talented with their feet. There are a number of top-level footballers who can play musical instruments to a high standard, including Alexis Sanchez. The forward is an accomplished pianist and played with teammates at Arsenal FC as part of a charity fundraiser. He even played a Manchester United song on the piano to announce he was signing for the team. We’re not sure if his Inter teammates have made a band just yet.

Other players known to enjoy making music in their downtime are Jesé Rodriguez, Paul Gascoigne and Daniel Sturridge.

The football season in most European countries coincides with the end of the school year, meaning players have time off at the same time as their young children. Players with young families get to spend more time with their children now than at any other time of the year. Some players simply spend time at home with their family, take the dog for a walk, and some enjoy cooking.

Lionel Messi might not just be the greatest footballer to ever live; he is reportedly handy in the kitchen and enjoys cooking steaks. You can catch videos of him on his Instagram cooking meat, just as the Argentinian cuisine is famous for. Messi might be buying premium meats to make his dishes more delicious, but you can find quality meat for affordable prices by searching the latest catalogue with Coles products on offer.

Another player who spends their time in the kitchen is Kevin De Bruyne, who can apparently whip up a delicious cake or two. He is known to bring in cakes for his teammates at Manchester City FC.

Some footballers have some peculiar hobbies and interest during their time off. One of the most famous examples is Joe Allen of Stoke City FC. When Allen was a Liverpool player, he featured on the front of a magazine called Chicken and Egg. And that’s because Allen and his wife raise hens in their spare time.

This isn’t the only surprising hobby you’ll find among professional footballers. Axel Tuanzebe became a record-breaker for the fastest time clearing a Hungry Hippos board game. He beat his teammates to become a Guinness World Record breaker with a time sub 18 seconds.

And for other players, the end of the season doesn’t mean the end of the working year. Some players like to invest in their own businesses, such as property portfolios, fashion lines, and Hal Robson Kanu is even a blockchain businessman.