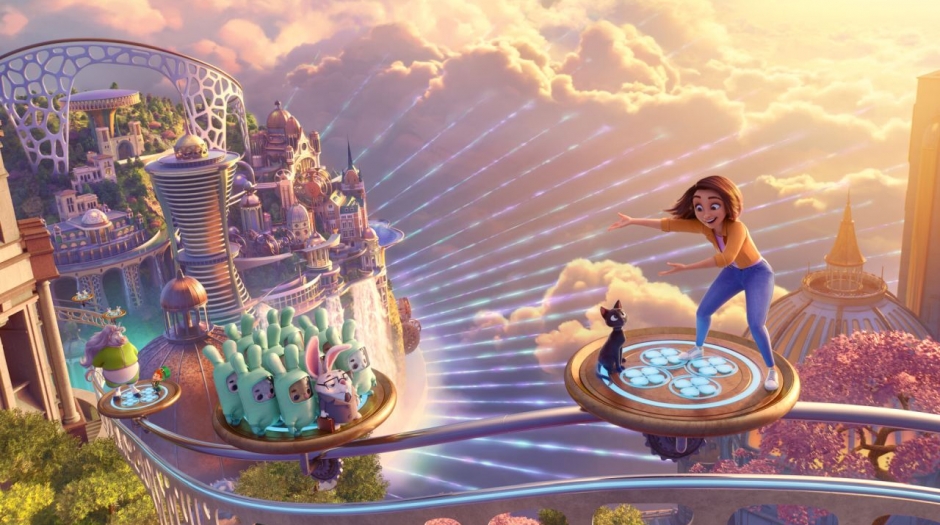 The new animated short film by Skydance Animation Studios, “Blush,” premiered at the 2021 Tribeca Film Festival, which showcases a diverse selection of media content, including movies, TV shows, and more. The event takes place every year in New York City. “Blush” will be part of the animated short category at the Tribeca Film Festival. This category will be presented by Whoopi Goldberg.

“Blush” is one of several highly anticipated projects produced by Apple and Skydance. The multi-year contract between the studios is set to release other animated content, including TV series, movies, and short films. Some of the projects by the partnership of Apple and Skydance include “Spellbound,” “The Search for WondLa,” and “Luck.” Several other titles are expected to be announced in the coming months. Skydance Animation Studios is led by Holly Edwards and John Lasseter, who is the former creative head of animation giants Pixar and Disney.

“Blush” will be available to subscribers of Apple TV+, which is available in over 90 countries. The Apple TV online streaming service has been a roaring success since it launched in November 2019. The Apple TV service only streams Apple Originals. With over 300 nominations and close to 100 awards, Apple TV has been widely recognized for its outstanding content. With the Skydance Animation partnership, Apple has become a serious player in the animation content space.

“Blush” is about an astronaut-horticulturalist who crash-lands on a desolate planet after his spaceship collides with a giant asteroid. Soon after the crash, another spaceship also crash-lands in the area, and from that spaceship emerges a cute female alien. The astronaut and the alien help each other survive the planet, and during this struggle to survive, they start to fall in love. “Blush” is named after the deep-pink permanent blush on the face of the female alien. The two characters are not able to verbally communicate but use their body language and expressions to communicate. This is why “Blush” has no cast members, as the short film has no dialogue.

With a total run time of only 11 minutes, “Blush” delivers a strong mix of romance and comedy. The cute love story carries a deep emotional message of love, hope, and healing. “Blush” is directed by Joe Mateo.  The Emmy-award-winning director has over three decades of experience in the animation space. “Blush” is inspired by Marry Ann, Mateo’s late wife. She passed away after a long battle with cancer.

John Lasseter is an American animation producer, writer, and director. Winner of two Academy Awards and creative mastermind of several box-office hits, Lasseter is one of the most successful animators in the industry. He currently serves as the creative head of Skydance Animation Studios. He has previously worked as the chief creative officer for Disney and Pixar, the two biggest animation studios in the world. Some of Lasseter’s projects include “A Bug’s Life,” “Zootopia,” “Moana,” “Cars,” “Toy Story,” and more. Lasseter is recognized as the pioneer of using computer graphics in animated films. One of his Oscar awards is for his work for “Toy Story,” the first fully computer-animated movie in history. Lasseter’s other Oscar award was for “Tin Toy.”