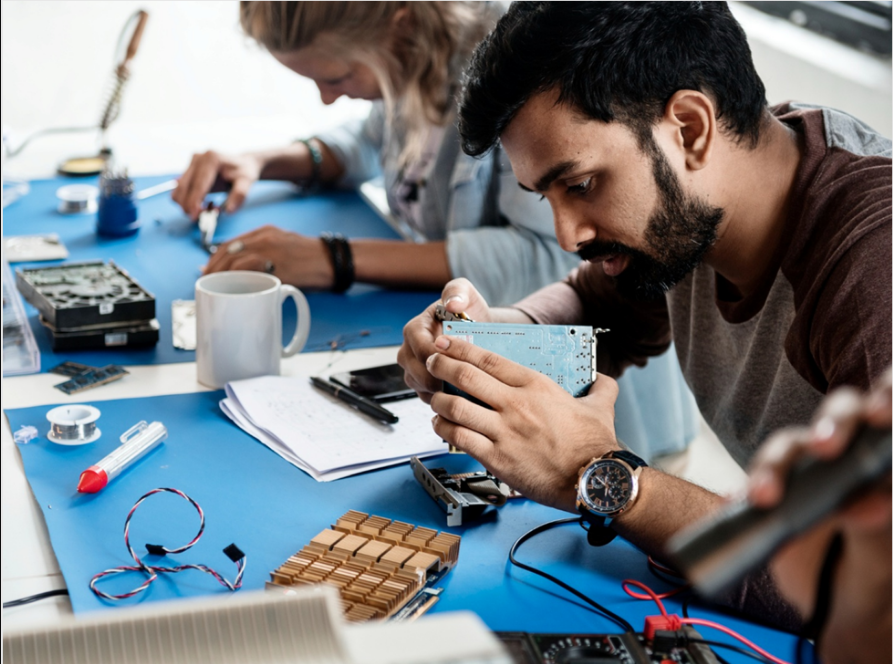 SMT and SMD are two key terms used in the electronics manufacturing industry, however, just like the PCB and PCBA terms, these two are often misused. It is common to use SMT and SMD interchangeably, albeit the terms have different meanings. It is crucial to have a good grasp of their definitions to be able to understand electronic device manufacturing technology better.

SMD vs SMT: getting the concepts right

Undeniably, both terms are related to surface mounting, hence the first two letters in their names. Yet, SMT is an acronym for surface-mount technology. This, in turn, is one of the two most popular technological processes used for a printed circuit board (PCB) assembly.

An SMD means a surface-mount device, albeit “device” in this case does not refer to the machinery of SMT. It is an element that is mounted on a PCB. A PCB initially comes as a blank board used for connecting and supporting electronic components. If it has been designed to assemble components with SMT, it requires using SMDs as elements to be mounted.

Knowing SMT is a technological process while SMDs are the components mounted with this process, it becomes obvious the two terms are not the same. Still, referring to SMT as an SMD assembly is not a mistake, as it can be understood as the process used for assembling SMDs. At the same time, an SMD assembly can also mean a fully functioning PCB board with electronic elements attached to it.

Now, when the SMT, SMD difference is described, you might be wondering why SMT has special terminology for its components in the first place.

One of the major differences between SMDs and the THT elements is their size. Since SMT does not require through-hole attaching of electronics, it became possible to gradually minimise the size of the components. This did not only allow designing more compact electronic devices and appliances, but also creating more complex PCBAs.

The components connected to PCBs through THT also require elements to have specially designed leads that can be inserted into the holes drilled on PCBs.

SMT is a prevailing technology today as it allows manufacturers to automate the entire production and testing process while minimising the overall costs. This is also a key method for assembling small electronic components, which is impossible to achieve with THT.

Despite its disadvantages, THT still has its place in the industry, as it is a more preferable method for manufacturing PCBAs used in the devices working under severe conditions. The mechanical bonds created by THT increase the resistance of such products.

The differences between SMT and THT methods for PCB assembling have created a need for differentiating electronic components suitable for a particular technology. Thus, a separate term for SMT components known as SMDs has evolved. While the SMD term is not equal to SMT, it is possible to refer to SMT as an SMD assembly.

You can find more information about SMD Assembly here: asselems.com