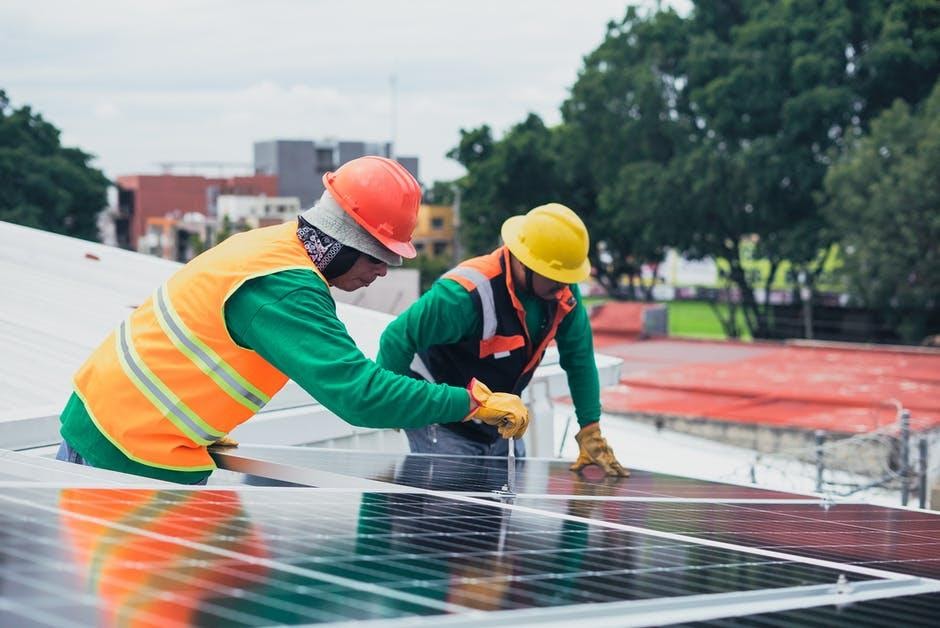 Ohio currently ranks 24th in the United States when it comes to solar power installations, according to statistics released by the SEIA.

Ohio solar prices have also fallen by 11% in the last ten years, so if you live in Columbus and you want to see your state soar up the rankings, there’s no better time than now to implement solar power for your home.

Keep reading to discover all the ways Columbus solar power will benefit you.

Meeting your electricity needs from solar energy is always going to be cheaper than buying electricity from someone else. Over 20 years, you could save as much as $30,000 depending on how much you pay for electricity now.

The cost of solar panels pales in comparison to the costs associated with coal and oil-burning power plants. Energy from the sun is free, requires no human input, and is available onsite.

There are three ways you can save with solar-generated electricity. These are:

With net metering, you stay connected to the grid. Instead of storing all your extra power in batteries, you feed it back into the grid.

In return, you can use power from the grid when needed, but the power company gives you a credit on your bill in return for all the electricity you’ve given them.

With these arrangements, you don’t pay for your solar panel installation, the power company does. You don’t own your solar panels either and all the electricity they generate goes back into the grid.

In return, the solar power company provides you with electricity at much lower prices than conventional electricity.

Solar panels reduce your reliance on the already struggling national grid, decreasing the risk of overloads and fires in transformer substations.

You never have to worry about inclement weather disrupting your power supply with solar energy.

When you arrange your install with Blue Raven, EcoHouse Solar, or Solar Is Freedom in Columbus, you can run your home without worrying about power outages or massive price increases every year.

Solar power gives you independence from the whims of the international oil and coal trade, resulting in predictable electricity bills.

With a power purchase agreement, your power company enjoys the same benefits. By harvesting solar power from millions of small energy production centers, taking pressure off the main grid.

The further electricity travels from its source, the more power it loses. While these losses aren’t substantial, they add up in densely-populated areas and can impact the availability of power during peak times.

These peak times typically revolve around the hours between 11:00 and 16:00, which coincide with your solar panels’ peak production house. So, if you have a grid-connected system, you won’t experience any power problems during these busy periods.

If you’re generating electricity from your PV panels during these times, you’ll avoid paying the premium rates associated with high demand times, too.

It’s no secret that installing a solar system is a costly affair. Yet, when you pay off your solar loan, you’re left with a valuable asset. When you pay electricity bills for the same period, you have nothing to show for this expense.

Most homeowners take between six and ten years to pay for their solar panels. After that, your solar panels won’t cost you a cent.

Plus you’ll get free electricity from them for another ten years or more. There are no additional costs associated with using your panels to generate electricity.

4. Choose The Columbus Solar System That Suits You

Solar panels are a simple technology that’s easy to install and versatile. You can install panels on your roof or opt for a ground mount installation if you have many trees overshadowing your home.

It’s also a modular system, so you can start small and increase the amount of electricity you generate as you go along by installing additional solar panels and batteries.

Often, it’s difficult and expensive to get connected to the grid in remote locations. Solar panel companies can install PV panels anywhere if you opt for an off-grid installation.

If necessary, you can also implement stand-alone or portable panels to see to specific needs, such as powering security lights or heating your pool.

When you decide to install solar panels, speak to your installer about the most cost-effective solution for you. Depending on your home’s energy needs, you might need a less efficient, cheaper setup.

There are three main types of solar panels available today:

These black PV panels comprise solar cells sliced from a single ingot of silicon. They’re the most efficient and also the most expensive type of solar panels.

Thin-film solar panels comprise a layer of conductive material, usually cadmium telluride, spread over a plastic or glass film. They’re cheaper and lighter than both the other types of panels.

Nowadays, thanks to technological advancements, thin-film panels are at least as efficient as polycrystalline panes.

Solar shingles are another option when you opt for solar panels. As the name suggests, these solar panels mimic ordinary roof shingles. You install them in place of your existing shingles and they’re the most aesthetic type of panel available.

As solar technology advances, we’re bound to see prices of solar panels decreasing across the board, as well as some new, more affordable options coming to the fore.

Each solar panel can last for 20 years or more and require very little maintenance during that time. They’re designed to withstand environmental conditions and extreme weather. A solar panel can survive impacts from one-inch hailstones.

Your solar installer will explain the exact requirements for the panels you buy, but this typically involves little more than the occasional cleaning. Dirt and dust can reduce the output of solar panels, and snow might accumulate on your panels, blocking them from the sunlight.

Solar energy is sustainable and renewable. That means it never runs out.

Technically, we will run out of solar power in 5 billion years when the sun goes supernova, but nobody needs to think that far ahead.

By contrast, the Earth only has enough coal reserves at operational coal mines to last another 25 years, unless we find a way to mine the 470-year supply buried elsewhere.

This might seem like plenty of coal to see us through, but the catch is that if we continue to burn oil and coal at the current rate, the resulting carbon emissions will cause our extinction long before that.

So, that makes the survival of our species another benefit of clean energy sources like solar power.

When you install solar panels, you can reduce your home’s carbon footprint by around 3,000 lbs. every year and save thousands of tons of coal in the process.

In small amounts, carbon emissions are part of nature. The Earth’s atmosphere can deal with these normal amounts very efficiently by releasing the heat they generate into outer space.

However, the atmosphere can’t handle the massive amounts of carbon emissions generated nowadays, so the heat they generate stays trapped close to the surface of the planet.

These abnormal amounts of heat wreak havoc with weather patterns and cause severe weather events. In turn, this unpredictable weather impacts our food supplies by disrupting agricultural processes.

It’s important to remember that anything that impacts the environment ultimately impacts you.

Solar energy also saves water and reduces all kinds of pollution. There is very little waste involved in manufacturing solar panels, and they’re made from one of the most abundant resources on earth – silicon.

Power plants use huge volumes of water to produce electricity. This water becomes unusable when they’re done with it.

In 2020, president-elect, Joe Biden, renewed the United States’ commitment to the Paris Agreement which aims to reduce carbon emissions drastically within the next few years.

Implementing extensive solar power is a vital part of meeting these targets and the federal government is doing everything it can to get the public on board.

That means the federal government rewards you for installing solar panels on your home by giving you a credit on your annual taxes.

At present, this amounts to 26% of the total cost of your solar power installation, and the credit decreases to 22% from the start of 2023.

What’s more, many states have implemented additional incentives for those who choose to go solar.

In Ohio, you can take advantage of net metering when you install solar panels, and the state also offers Solar Renewable Energy Credits for people who own solar panels. You can sell your SRECs to an intermediary, who in turn sells them to a power company.

According to the Office of Energy Efficiency and Renewable Energy, installing a solar energy system can increase your home’s value by up to $15,000.

What’s more, if you decide to sell your home, there are plenty of buyers who will snatch up the opportunity to buy it when you have solar panels installed. The prospect of no or low electricity bills is an appealing one for most people.

However, there are a few exceptions.

If you have a PPA or net metering agreement with a power company, this arrangement might not suit all prospective buyers. It might even put them off.

For this reason, it’s always best to own your solar panels outright if you intend to sell your house soon. If you still owe money on your solar loan, when you sell your home, you’ll lose out on some profits from the sale.

There’s a good chance people will learn to accept PPAs and net metering as the norm once solar power becomes more widespread.

The solar industry supports over 230,000 jobs, and it’s growing every day. When you hire a local installer or sign up for net metering with a local solar power supplier, you’re helping support this important industry.

That means you’re contributing toward creating a healthier economy in your area.

A thriving local economy means more opportunities for your business and others in your area. It creates additional jobs and results in cheaper prices on locally produced goods as new businesses open.

When you get on board with Columbus solar, the PV panels on your roof send a clear message to one and all that you’re an upstanding environmentally conscious citizen.

You can also sleep better at night knowing you’ve done what you can to protect the future of your children and grandchildren.

Would you like to discover more ways to thrive? Browse our website for all the best tips and guides to help you maximize modern-day living.