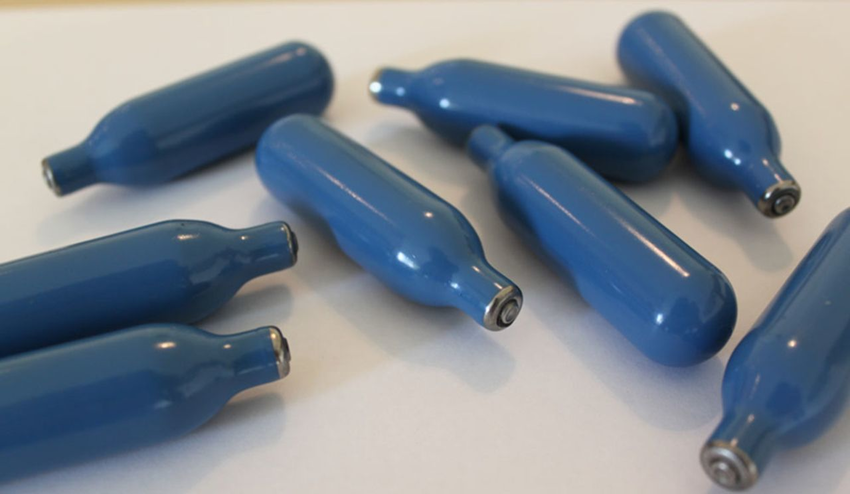 How Does Nitrogen Get Into Whipped Cream When You Use A Whisk?

Nitrogen is in the air that we breathe and so when you make whipped cream with a whisk you are using the nitrogen that is in the air all around us. You will need the cream to have a stabilizer, but this will already be in heavy cream that has a milk fat content of at least 28%. If you use cream that has a milk fat content of 34%, then you may find that the cream is a little stiff. Too much nitrogen can also contribute to this, but this is not something you can control when you are whipping the cream by hand. This why using a cream charger and dispenser is usually the best option for producing the best whipped cream, as this method uses nitrous oxide.

When Were Cream Chargers And Dispensers First Used?

Cream chargers were first produced in the middle of the 20th Century and they have only grown in popularity since then. There is some confusion about how the process of using nitrous oxide to produce whipped cream was first discovered. However, they first started to be manufactured in an area of Europe that covers Southern Germany, Hungary, Austria and parts of what was once the USSR.

When the chargers first began to be made, customers would be encouraged to take the cartridge back and have it refilled, rather than buying a new one each time. This was because it was quite expensive to actually produce the cartridges. The chargers were typically made with 8g of gas inside.
These chargers are now sold all over the world and so getting them refilled is very impractical. They are now made from steel that can be recycled so there is still no issue with them causing a lot of waste.

Where Are Chargers And Dispensers Made?

Today chargers and dispensers are only really produced on a large scale in two areas of the world. This still includes the area in Europe where they were first manufactured, and more recently in China. The chargers and dispensers are used together to produce whipped cream. The cream is placed in the dispenser and attaching this to the charger allows the gas to enter the chamber, which causes the cream to become fluffy and have the whipped texture.

Do Specific Chargers Need To Be Used With Specific Dispensers?

There are two main types of cream charger, and both of these will need to be used with a certain type of dispenser. Kisag of Switzerland developed a push button model, but there is a also a pull lever option which tends to be more popular. The lever models also come with a holder to keep the charger in place. This practice caused a further issue because the threading size of the holder was not made to a uniform size across the different companies that were making them.

Today the chargers are mainly the puncture type and they can be used with most dispensers. It is a good idea to buy the charger and the dispenser together so that you can be sure they are compatible with each other. However, if this is not possible, then as long as you make sure they both have the same connections, then you should not have a problem.
One other thing that you need to be aware of is that some chargers come with 16g of gas. This sounds like a good idea if you want to make a larger quantity of whipped cream but in reality the piercing pin had a tendency to become frozen when it was used with a larger charger. For most people the 8g charger will be sufficient and is usually the best choice.

Best Ways to Care for a Dog With Separation Anxiety

Back to School With A Twist

The Hottest Online Contests to Enter This Summer