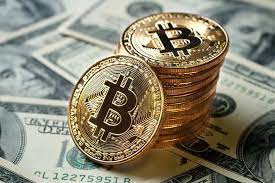 In the last few years, Bitcoin has become one of the biggest digital currencies out there on the web. It is possible to mine this currency, and from platforms like bitcoin exchanges, beginners can get a proper idea about how it can be used and traded.

In the year 2009, the birth of Bitcoins opened up doors to investment opportunities in cryptocurrencies – which began to be seen as a totally new type of asset class. More and more people began to be enamoured of the huge potential of these assets and began to purchase these digital currencies at cheap prices. In 2017, this type of asset witnessed a bull run and many ordinary people became millionaires or even billionaires overnight. But, you should not consider it as a money making machine and you can lose your funds if you invest in bitcoin without any knowledge and experience. It is highly volatile and you must know the recent trends before you invest in crypto.

Know about some of the important benefits of investing in Bitcoins.

This asset class has a bright future and according to Imagine 2030 – a report published by the Deutsche Bank, debit and credit cards are likely to be obsolete in the near future. These will be replaced by electronic devices such as smartphones that are being increasingly used for payments.

Cryptocurrency is becoming more and more popular due to concrete guidelines in regulations and their adoption would be more widespread in the years to come.

According to this report, there is a prediction that by 2030, 200 million people would use cryptocurrency wallets and the number would reach around 350 million by the time the year 2035 comes.

Cryptocurrency will not be regarded as outcasts anymore, but substitutes for existing financial systems. The advantages of these currencies – such as relevance in the digital era, convenience of storage, minimal transaction fees, speed and security would be recognised.

You can be a part of a burgeoning community

When you purchase cryptocurrencies like Bitcoin, you can be the sole owner of that specific asset. Transactions involving this kind of currency occur in a peer-to-peer management. So, you do not need to depend on a third party service like a bank to make a transaction with your own currency.

As compared to stock-brokers, mutual funds or bonds, your crypto investment will not be managed by any third party on your behalf. Thus, you can always be in charge of selling and buying these assets – whenever and wherever you want.

The biggest advantage of cryptocurrency systems is the autonomy of users. You can get fantastic opportunities to make investments and create a Corpus on your principal capital in an independent manner.

Diversification happens to be an important thumb rule in case of investments. During these times, many people have already witnessed heavy losses occur due to financial hardships caused by the outbreak of the Covid-19 pandemic.

When you include cryptocurrencies like Bitcoin in your portfolio, it can be easier for you to protect the value of your fund during uncertain market situations.