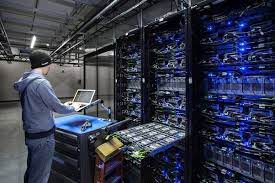 A server is a computer program or system, which offers services, resources, or data to other computers, known as clients, within a network. The servers refer to the computers that share resources with the client machines. Based on the functions they perform, different types of servers are there:

A web server serves the web pages requested by users on their computers, over the internet. This server can do the tasks via scripting languages, like PHP, ASP, and JSP.

A mail server is used when businesses deal with the networked systems’ storage and mail traffic operations. It can store the email accounts and allow you to send or receive e-mail messages based on SMTP protocol.

A print server handles the database server or printers involved in the corporate database structure.

A file server is required if the enterprises need to store the files with higher security or authorization access in the local networks.

In addition to the above-mentioned commonly-used servers, other types of servers are defined by their design or form factor:

The rack servers are mounted inside the racks that saves space in an organization. They are general-purpose servers supporting a range of business applications and computing infrastructure. You can stack or house more equipment vertically. The rack server heights may be 1U, 4U, 10U, or higher.

Rack servers perform intensive computing operations as they have a power source, CPU, and memory capabilities. They fit into the space-constrained environments with the efficient use of limited space. Rack servers can be expanded in terms of additional storage, memory, and processors. The benefits of management and energy efficiency would be achieved within the low budget. But, these servers require embedding more cooling units that will raise the infrastructure cost.

Blade servers refer to the server enclosure that allows housing various modular boards. They are stripped down servers that share the network controllers, CPUs, memory, and internal storage drives in addition to the sharing of devices like ports, switches, and power connectors via one chassis.

Blade enclosures fit into the rack unit that helps to save the IT space. The blades can be clustered or managed and operate the servers individually by allocating the applications and clients to the specific blades. Higher processing power is included in the blades to fulfill complex computing needs. You can scale to high-performance levels or dense infrastructure if the data centre has sufficient energy and cooling.

The optimization of energy is achieved with the multiple blade servers as they have been supplied with the power of the same chassis. These servers can host multi-purpose applications, hypervisors, operating systems, web services, databases, and other enterprise applications and processes. Blades simplify the IT environment with load balancing, centralized monitoring, and maintenance while providing the hot-swapping that enables to increase the system availability.

Tower servers include the stand-alone chassis configuration that is embedded with minimal software and components. The enterprises and mid-size customers can customize the servers for particular business tasks. In general, tower servers don’t support the additional components, such as high RAM, advanced graphic cards, or peripherals.

Typically, tower servers are helpful for users, who need the customization for servers and upgrading the configuration easily. For example, tower servers can be configured as network servers, communication servers, general-purpose servers, or web servers based on HTTP protocols. A tower server is the best fit for small organizations that run powerful applications and multiple processes simultaneously without compromising on high-end performance.

They look like desktop towers, but don’t share the input devices or require the keyboards, switches, or monitors separately. Tower servers share network storage like other server types. They offer efficient scalable features that allow customization and upgrading whenever your business demands. However, tower servers are less expensive than loaded servers as they don’t need many cooling units compared to dense racks or blades.