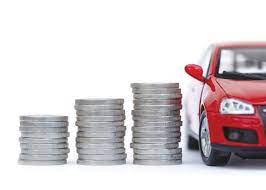 Like many other assets, cars will depreciate in value over time. All cars suffer a degree of wear-and-tear that second-hand buyers will factor in when considering a price. Then there’s the fact that newer vehicles with superior features will arrive in the years after you make the purchase.

Depreciation is at its worst during the first year of car ownership, only slowing as time goes by. You can generally expect the car to lose a quarter of its value in the first year, and half of it over three. Some vehicles hold their value better than others, but outside of a few specialty vehicles, all cars are going to be less valuable after having been driven.

In the long-run, depreciation is going to affect your finances just as much as things like MPG. Even if you don’t intend to resell your car, you’ll still lose out on the money you might otherwise have made. Similarly, the payments you make when you’re leasing a car over the long-run will be calculated to account for the effects of depreciation, too.

In order to avoid the worst depreciation, drivers might look to invest in a certain kind of vehicle in the first place.

There are four major factors which will influence the rate at which a car depreciates. Let’s take a look at them.

As we’ve mentioned, the longer a car has been on the road, the less impact depreciation will have. So, if you can track down a nearly-new model at a reputable used dealership, then depreciation isn’t something you’ll need to worry about.

Depreciation is usually felt as a proportion of the overall cost of the car. Therefore more expensive cars lose more value. If you’re going to buy a £60,000 car and have it lose half its value over three years, then you’ll lose much more than if you’d bought a £20,000 car instead.

Fuel economy is likely to severely impact a car’s value over the long-run. The market recognises that larger saloon-style vehicles are more difficult to not only fuel, but keep on the road in general. This is especially so if the parts are highly specialised, or scarce.

Certain prestigious brands like BMW will hold their value a lot better than brands which are perceived as budget-friendly. This effect is palpable even if the actual quality of two cars is comparable, even if you ignore the badge on the front. This gives motorists a good reason to pay attention to the manufacturer, rather than judging their prospective purchases in a way that’s really fair.