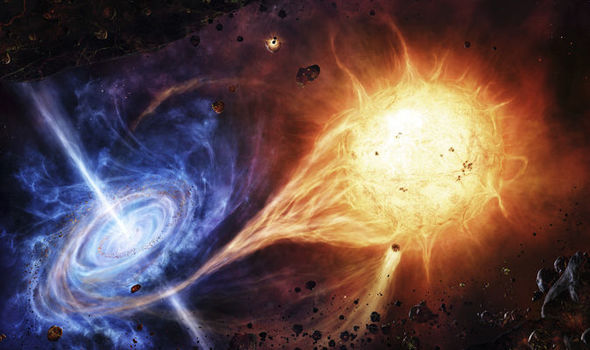 In 1970, the physicist realized that two forces that form the basis of the standard model, weak force & electromagnetic force ties very closely. The underlying force that manifests magnetism, light, electricity and some types of radioactivity known to be the electroweak force and this was called as a unified theory.  The basic equation for unified theory consisted of the photon, W and Z boson. The problem occurs when it was found that all of these particles were without mass (we know that W and Z have mass). To provide a solution with the theorists Peter Higgs, Robert Brout and Francois made a proposal.

According to the proposal, the three theorists gives the mass to the W and Z particles before they interact within an invisible field. Later the invisible field was known as the Higgs field. The universe which was created as a result of the big bang was so hot, at that time the Higgs field was nearly zero. As the universe cooled down the Higgs field grew spontaneously so that any interacting particle could get a mass. Any particle that interacts more will get heavier. The particles like photon won’t get any mass due to no interaction. The Higgs boson is the manifestation of the Higgs field. This theory clarifies the understanding of subatomic particles.

The CMS and ATLAS experiments in 2012 opened the door for the Higgs practical’s. The old Higgs boson theories proved that the Higgs boson contains more energy than any other particle.

What Is Higgs Boson

Higgs boson is the particle of the Higgs field. According to the scientists, the Higgs boson provides mass to the things that travel through its path. The sun, moon, stars, planets and even human beings get masses through the Higgs boson.

The Higgs boson particle may have destroyed the entire universe. But the gravity or the force that keeps the stars and universe stick together restricted the Higgs boson.

The scientist analyzes that gravity plays a heroic role by saving the universe but no one provides clear reasons or theories. This is still a mystery that how gravity could save the universe from such high energy particles. The standard Model of Practical physics fails to provide any logical answer related to the collision of the universe at the time of the big bang.

After analyzing the Higgs field, the Higgs boson and the field of gravity, it is clear that Higgs boson couldn’t destroy the universe. There was a high chance of instability right after the big bang but the solid proves are still missing. We can conclude that until the current scientific theories, the universe is safe and cannot be destroyed through Higgs boson particle.