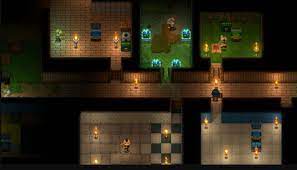 Do you know the new launch of a masterpiece in the market? Are you a game lover and want’s something to change from all the previous featured games? So you were in the right place, just like me, a few days ago.

I had heard about a new game mix of new features and a complete dream world inside of it. I am talking about Core Kepper Mobile. It was just launched by Feb 2022 and is currently in the market; check it out!

It was developed by Pugstorm, and happily, it’s free despite some other masterpieces.

Why do I love it so much?

I love it because of certain reasons we will talk about each one by one:

If we go on the graphic of this game, they are not too excellent, but yes, they are good as far as 1080 px of the video display. The whole game has a smooth run on almost every device. Soon they are launching it for Play Station and etc.

It’s useless to play a game without HD quality of sound same is the case with core keeper mobile; it fulfills the need for ears and makes you feel every sense and scean of the game.

As I talked about earlier, GamePlay is quite smooth and fulfills all the necessary criteria, and falls on the top list of excellent game plays in the world.

A game is based on the plot in which the game is written. Core keeper mobile has an excellent plot interlinked with all the game’s features, tools, etc.

In the beginning, you find yourself in the party of travelers, which soon founds a mysterious artifact. While touching it, you find yourself falling down and soon reach the new world of the ground cavern, which is messed up with plenty of abandoned artefacts and other harmful enemies.

But don’t lose hope if you are playing in multiplayer mode; it’s a little bit easy to cope with new things. Otherwise, you are at your own risk. Soon anti-clock-wise counter starts, and when you got a little bit of time to gear up, a joint slimes attack on your underground home.

As long as you are geared up with the simple wood Pickaxe. But over time, it’s getting harder and harder for you to cope with the situation alone.

As deep you dig, new enemies chase you down. But with time, you get enough tools, crafted items, and protection gare, so it’s getting easy for you to leave your enemies expired.

While digging deep and deep, you can also see your skills level, technicalities, and futuristic enhancement in the game.

But It’s very important to plant the seeds and then cook them fr you and other society players to get some energy. Just like an old game, Strong Hold also has the same features with a little bit of fewer controls and features.

With the passing time, you face more enemies, And two bosses of the game, the joint slime and the speedy worm stroll around your territory. You must defend your society with the help of crafted gear and your kind friends.

Many of them were just discussed, like Cooking Food, Planting & Watering seeds, looking after your society’s needs, Getting power, crafting new tools, Making new walls around your kingdom, and many more.

You always looking for a perfect match in our gaming life, but if I said, we are done with that right after the launch of the Core keeper, so it’s not wrong. But that’s also a bitter reality that humans don’t stay on one game, so we are always motivated to bring new games for you and update you with their latest characteristics.

I have a question:

Yes, Core keeper is a multiplayer game that can be played by 8 players in each group. You can discover many new things while mining, building, crafting, and living a full journey with the mixed feelings of love, horrifying and long-lasting effects of the game.

Who is the founder of scorekeeper?

Pugstorm is the original founder of the core keeper.