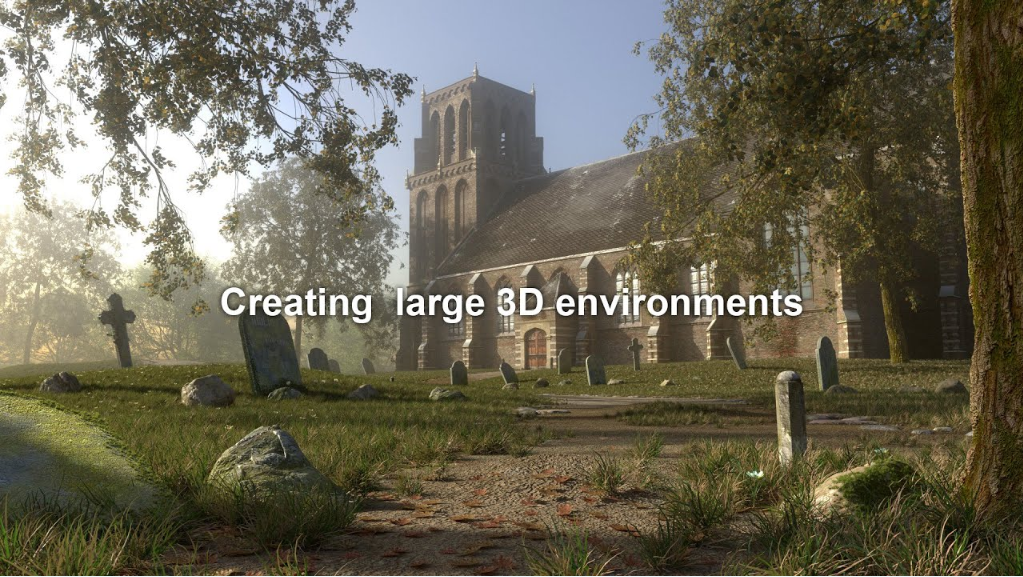 1. What is a 3D Environment

A 3D environment gives the illusion of depth, which makes the game world more immersive and realistic. When used in a web game, it can give players a more realistic experience by adding extra layers to the game world. For example, buildings in a cityscape may have different heights and positions in relation to each other, instead of being flat images on a screen. This can make it feel as though you are truly in the game world and exploring it. In addition, 3D environments can also add environmental details such as weather or lighting effects that can further enhance the gameplay experience. Ultimately, a 3D environment can add a great deal of depth and realism to a web game, making it more enjoyable to play.

While older games were limited to two-dimensional environments, the introduction of 3D environments revolutionized the gaming industry, creating new opportunities for developers to create more immersive and realistic worlds for players to explore. Today, 3D environments are the norm in gaming, with nearly all games now featuring some degree of three-dimensional graphics. However, the term can also refer to virtual reality environments that provide a truly immersive experience by simulating the physical world. While VR technology is still in its early stages, it has the potential to create even more realistic and detailed 3D environments for players to explore.

2. How to Build a 3D Environment

Video games have become increasingly realistic in recent years, with photo-realistic graphics and lifelike animations. However, creating a believable 3D environment is more than just a matter of increasing the level of detail. In order to create a truly immersive experience, game developers need to consider the layout of the environment and the ways in which players will interact with it.

One of the most important aspects of environment design is the creation of “space.” This refers to the empty areas between objects in the game world. designers must carefully consider the size and placement of objects in order to create a believable sense of space. In addition, they need to ensure that there are clear paths for players to follow and enough room for them to move around freely. Players should never feel like they are being funneled into a corner or forced to take a particular path.

Another important aspect of environment design is lighting. This includes both the overall tone of the lighting and the placement of specific light sources. The goal is to create an atmosphere that is appropriate for the game world and helps to set the mood for the player. For example, a horror game would likely have dim lighting with sudden bursts of bright light, while a racing game might feature brightly lit tracks and dark tunnels.

By considering these and other factors, developers can create 3D environments that are both visually stunning and functionally effective. With a little planning and attention to detail, any game developer can build an immersive 3D world for their players to enjoy.

Here are five tips to keep in mind when creating a 3D environment:

1. Make sure the scale is consistent.

This means creating buildings and objects that are all in proportion with each other. The audience will quickly lose immersion if they see a giant building next to a small car, for example.

Little things can make a big difference in creating a believable 3D environment. Make sure there are plenty of small details like streetlights, trash cans, and storefronts.

When creating buildings and other structures, be sure to use real-world references so that the environment feels grounded in reality. This will help the audience suspend their disbelief and become fully immersed in the world you’ve created.

It’s tempting to use pre-made assets from game engines or other sources, but this can often make an environment feel generic and lifeless. Instead, take the time to create custom assets that will give your world its own unique look and feel.

Lighting is one of the most important aspects of creating an effective 3D environment. Be sure to use different light sources (natural, artificial, etc.) to create interesting shadows and depth in your scene.

However, when you start creating your 3D environment and you gathered all real-life references you possibly could and wanted to include, the important thing is to not forget to first carry out the blocking of your visuals. This is the most crucial stage in the production process. To modify the proportion and form of your scenes’ assets, create rudimentary prototypes. Be on the lookout! It’s a frequent error to begin working on final assets before finishing this stage, only to have to start again later. You need to be sure that your blocking is correct.

Creating a believable and immersive 3D environment can be a challenge, but by following these tips, any game developer can do it. Pay attention to detail, use real-world references, and create custom assets to give your world its own unique look and feel. Lighting is also important, so be sure to use different light sources to create interesting shadows and depth in your scene. With a little planning and attention to detail, you can create an amazing 3D environment for your players to enjoy.