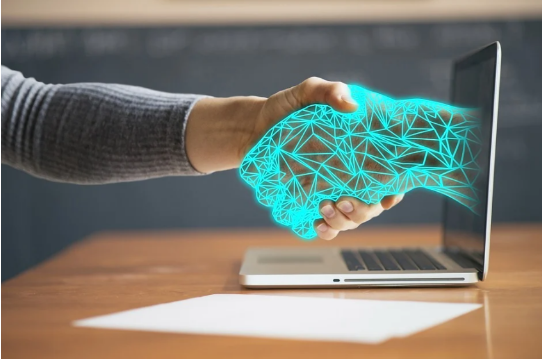 It’s important to know about what is robotics process automation in a modern business setting if you want to keep up with today’s technological advancement rate. Information and digital data are being communicated and handled at an accelerating rate as software and computers become more advanced. While this is a great thing for consumers and businesses alike, it’s important to keep up with this kind of technology.

The best way to think of this process is in terms of software robotics. In a sense, it automates a computer-driven process in a similar way that a machine can automate a labor process. In this case, it’s automating manual typing on a keyboard and using the mouse. Traditionally, automation was done on the back-end with a particular scripting language or a specific application programming interface, both created by programmers. Some examples include JavaScript, Python, or even Twitter’s API key.

While this is great for dealing with calculations and communication between different technologies that trust each other, it doesn’t work well in a graphical user interface environment. That’s where robotic process automation comes in. What displays on the screen doesn’t always directly translate to numbers in a program. What if you want to extract text from an image? Having a view of what’s displayed is the way to go about it. From here, it can be stored in a database to be retrieved later on.

In simple terms, the robotic process automation is as if an actual human was at the computer with a physical mouse and keyboard. This means it can do just about any task you can think of directly, giving you access to a wide range of automated tasks. In this case, it’s a virtual screen with a virtual mouse and keyboard.

As time goes on, the technology that captures the real world is increasingly advancing. This is especially true of image and video capturing technology. While it’s easy enough to read what’s in an image when viewing it, what if you want to search for that information? A computer will require a direct translation to computer code. Different apps such as Microsoft Office Lens and Adobe Acrobat make this easy for anyone, allowing you to have a large database of files without manually sorting all of them.

Perhaps you need a quick method that uses a robotic virtual machine to get past old computer systems. This could require the use of a keyboard and mouse, especially if you don’t have access to the back-end system. It’s a common occurrence when working with other vendors that don’t use open source technology. A similar application is using two different pieces of software at once. Dragging and dropping some form of data from one software to another one sometimes is best used with a keyboard and mouse.

You can probably understand what robotics processes automation regarding business settings, whether that’s a small business or large corporation. It makes various processes more efficient with minimal user intervention, allowing companies to focus more resources on important projects. Computer usage is getting much more efficient as programming advances. As such, this type of technology is here to stay.