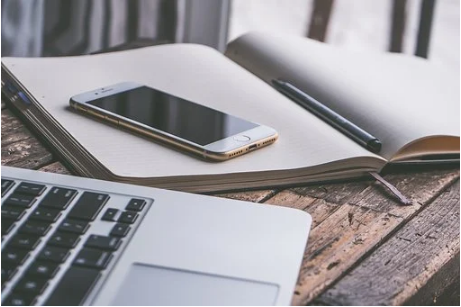 iPhone app development is more often becoming a common need for modern businesses. With the right planning and proper consideration, a company can create an iPhone app that will increase customer retention, improve engagement, and draw new customers in.

That being said, it doesn’t mean that a task such as creating an iPhone app comes easy to every company. The development period for apps has the potential to struggle with several  issues.

One of the best ways to anticipate these issues is by making the company aware of the factors that can cause them. By knowing these, anyone can make a plan to avoid confusion, disruption, or other things as well that might slow down an app’s production. Read on further  to find out what steps your company can take to avoid any issues that might slow down or cause other problems in an app development process.

Factors That Can Negatively Effect the iPhone App Development Process

Since companies and iPhone development services work in teams, it’s crucial that everyone involved in the project knows what is going on. If certain parts of the team are unclear on the goals and tasks associated with app development, they’re bound to make mistakes during the process.

These mistakes can slow down production speed and end up costing the project more money than necessary.

If there’s one thing that a company needs to create anything, it’s the resources to complete the job fully. Just like any other business venture, iPhone apps cost money to make. According to Think Mobiles, the exact cost of an app can vary but can cost between $10,000 and $50,000 for a basic app.

This means that as a company, it’s crucial to know your budget. Offering a team an accurate budget will also help to ensure that they don’t accidentally go over budget too.

The technical side of creating an app – tasks such as programming and creating a visual design – are only part of the process. If developers want to make the most of the development process, they need to consider business skills as well.

Above all, a company’s app is there to provide something to customers. As such, understanding what they need is absolutely important. This means using business data and interpreting it into the app development plan.

Not Having a Clear Schedule

Just like other things, a company is more likely to complete a task when a schedule is set. In other words, an app development project needs milestones and deadlines to ensure the app is completed in time for the planned release date. If a company fails to keep its team on schedule, the development time is likely to drag on longer than necessary.

Forgetting to Leave Time for Testing

Once the initial stages of development are completed, the full run of the development project likely isn’t over. So, companies need to leave time for testing and time for reacting to those results.

Testing might uncover bugs or errors that developers were unaware of. When they find these bugs, they need to have a time that is just as structured and scheduled as early development to stay on track and reach the final release effectively.

When a company is developing a new iPhone app, there’s a lot to keep track of. However, sitting down to take the time to budget and schedule the project will go a long way. Also you have to take care of proper marketing options of the app. You can also opt for email marketing; it will also help to make sure that everyone communicates well with one another, including teams with differing specialties.