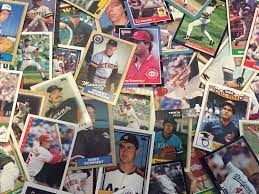 The sports cards’ collecting hobby is back after 30 years. But it’s pretty different from what you remember!

For ages, collecting sports cards has been a hobby. People of different ages used to collect cards of their favorite sports players. Whether it is NFL (National Football League) or MLB (Major League Baseball) or NBA (National Basketball Association) player, the fans were always thrilled to get their hands on them.

For the majority of the people, it has been a part of fun and excitement. And to date, many people collect sports cards as a hobby and pleasure. However, now there are some people who have taken the sports cards industry to an entirely new level. Now the cards are being sold and traded on rates hard to ignore.

The level of excitement for collecting sports cards has always been there but the thrill witnessed now is something never seen before.

There was a time when having sports cards meant nothing. This was major because the market was unknown and so the potential it held was a mystery. Decades back, no one could have dreamt the worth of these sports cards could reach a new level.

When sports cards were collected as a pure hobby and happiness, the rates were minimal. The most affordable sports card used to cost a few cents. Whereas, the most expensive cost a few bucks. But now the trading card industry is a million dollars market, ready to hit other sectors and win the race.

Sports cards were first introduced in the 1880s. At that time, it was an untapped market with no prior information. American tobacco companies started printing them and introduced such cards. People had no idea that such a thing was even possible. The tobacco company started giving loyalty of sales to the players as well. Since the market was new, therefore, the company didn’t sell them in a pack. Instead, these sports cards were found in the packet of cigarettes, that were used to keep the cig intact in flimsy packaging.

Since the market was already introduced, different printing businesses jumped and started selling them in packets in the 1930s. Now people could get a few cards together, instead of one. However, the sales were not good at all. Therefore, to boost sales, companies started adding a piece of bubble gum in each pack as a motivation factor. This helped them with the sales.

Finally, the 1980s witnessed a boom in the sports cards industry. People were already aware and didn’t need any motivational factor to purchase them. This was the time when the prices of the packs increased to a few bucks. Kids, teenagers, and adults started getting their hands on them. It connected everyone on a nostalgic level, invoking a feeling of reminiscing and remembrance of the golden period of sports.

Little did they know, the market after 30 years will witness a surge that will rewrite history once and for all. The sports cards industry became a top market with the highest revenue in 2020. This paved a new and better future for the market, forever.

The Fun and Thrill of Collecting the Sports Cards

Due to the pandemic in 2020, the sports cards industry witnessed such a boom. The strict pandemic restrictions are gone but the collectable cards market is thriving till yet.

There is no science in it! People during the pandemic were stuck at home and therefore had free time. Some started meddling with eBay while others found old sports cards at home. Some social media influencers talked about them while investors started investing in them. The result? Simple cardboard pieces are being auctioned for millions of dollars.

Collecting sports cards has always been fun. But the additional factor of buying, selling, and trading at higher rates made it more thrilling than before. Now everyone wants their share and looking for ways to earn impressively.

To better understand the worth of the existing sports cards industry, let’s start with some most popular cards sold.

The most expensive sports cards sold to date is the Honus Wagner T206 card. Issued by an American tobacco company from 1909 to 1911. The sports card was auctioned at a shocking price of $6.6 million.

Another expensive sold was 1952 Topps Micky Mantle. In mint condition, the sports card was auctioned for $5.2 million, making it the second highly expensive cardboard card. Another one to remember is the 2018 – 19 Panini National Treasures Basketball set. It had a Luka Doncic card which made history. It got sold for $4.6 million. Patrick Mahomes II card was auctioned for $4.3 million.

All of these sports cards were in pristine condition. Not even a single side had cuts or torn history. But do only perfectly condition cards get sold? No! The prices are relatively low but they too get sold for an impressive price.

The 1954 Topps Hank Aaron rookie card is not in great condition. Being a totally rare rookie card of Hank Aaron, found in a bubble gum pack, the card has several stains. Even after that, it was sold for $357,594. Even the image on the card was not completely centered with printing issues.

Similarly, 1910 T210 Mill Joe Jackson was sold for $600,000 and the condition was below average. 2000 Tom Brady Fleer Showcase was sold for $6,193 at average condition. The sides were chipped and the color was old. Likewise, the LaMelo Ball card was auctioned for $12,100 in good condition.

This means, if a card is damaged then the price wouldn’t reach millions. However, it won’t be a few bucks as well.

These impressive rates narrate that the sports cards industry has evolved completely. It’s now a million of dollars industry where the buyers are ready to pay anything to get their hands on the favorite players’ card. That’s their love and respect for their former players and appreciate the legacy.